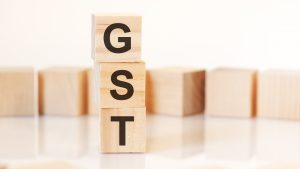 The Central Board of Indirect Taxes and Customs (CBIC) has issued standard operating procedures (SOPs) to ensure the timely recovery of goods and services tax (GST) dues from companies undergoing liquidation under the Insolvency and Bankruptcy Code (IBC).

The CBIC said it has nominated a nodal officer to ensure filing of claims with the Insolvency and Bankruptcy Board of India (IBBI) within 90 days of the commencement of the process.

This is aimed at protecting the government’s revenue and to make the process smooth and effective, the CBIC said in the note.

A corporate debtor undergoing insolvency is liable to furnish its GST returns, pay tax, and meet all other compliance as per the GST law during the corporate insolvency process. Tax officers can’t make any claims after the winding up order of a company is passed.

However, the CBIC observed, that there is an inordinate delay in filing claims by the Customs and GST authorities, which results in their claims not being admitted once a resolution plan is approved, the CBIC said.

It also observed that the authorities then litigate on the rejection of the claims, despite the settled position that no such claims can be raised once the plan is approved and no demands can be raised on the resolution applicant that has taken over the company.

One reason for such delay in filing claims is that the GST zonal office concerned did not receive information that the resolution process had been initiated.

Accordingly, the CBIC has proposed that the IBBI share such details on a regular basis with the nodal officer.

According to the procedure, correspondence with the resolution professional should be made regarding the resolution plan, which is to be verified regularly with IBBI through its website about the National Company Law Tribunal’s (NCLT’s) orders concerning liquidation or even withdrawal of the matter.

The office concerned, which has arrears pending against the company, has been asked to file its claims for realising government dues and inform the nodal officer about this.

The tax body also said it has nominated the additional director general as the nodal officer for the CBIC for receiving information regarding the initiation of the insolvency process and dissemination of this to the field formations.

The nodal officer is to submit the monthly report with the CBIC, which includes details such as amount of claim filed, arrears pending against the company from the concerned zone, final orders issued for liquidation/resolution, and so on.

The CBIC felt the need for the SOPs after the IBBI said the role of GST and Customs authorities under the IBC needs to be formulated.

GST and Customs authorities have been classified as operational creditors and are required to submit their claims against corporate debtors when the corporate insolvency and resolution process is initiated.