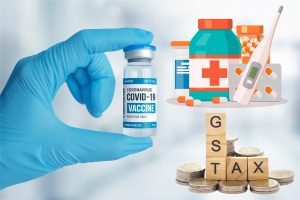 At present, Goods and Services Tax (GST) on health insurance services is levied at standard rate, i.e., 18 per cent.

Chaudhary also said that 66 per cent of government-sponsored health insurance schemes in the country are being run by the central government.

When the COVID-19 pandemic started, a decision was made for sale of all medicines at the GST rate between 5 and 12 per cent and the GST rate for COVID-19 related medicines and instruments has been reduced to five per cent,” he said during the Question Hour.

The minister said the GST rate for health insurance is 18 percent, which is as per international standards, and similar to what it was during pre-GST days in the country.

He said senior citizens can avail tax rebate of up to Rs 1 lakh on health insurance policies.

Chaudhary said GST rates and exemptions on all services (including GST on health insurance premium) are prescribed on recommendations of the GST Council which is a constitutional body comprising Union Finance Minister and ministers as nominated by respective state and union territory governments.

Further, he said, healthcare services are also exempt from the GST. Representations to reduce the GST on health insurance were placed before the GST Council in its 31st meeting held on December 22, 2018 and in its 37th meeting held on September 20, 2019.

The GST Council did not make recommendation for reduction of GST, he said.