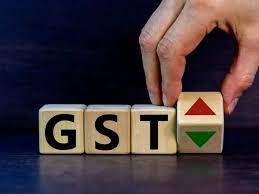 In a move that could boost the reach of small enterprises through e-commerce, small online sellers may soon be exempted from GST registration and the discussions are on between the central and state governments regarding this, according to a livemint report. Currently, all e-commerce retailers must register for GST irrespective of their turnover.

“Representations have come from the industry and trade to bring parity between online and offline sellers on the issue of GST registration, saying that the current norm comes in the way of small businesses reaching a larger customer base. Discussions are on between the central and state governments. The law committee of the GST Council will examine the matter before a decision is taken,” according to the report which quoted a source as saying.

As of now, all online sellers, irrespective of their turnover, compulsorily need GST registration, whereas those working offline need to register for GST only if they have a total annual sale of more than Rs 40 lakh. The proposal, if approved, will bring online and offline sellers on par as far as GST registration is concerned.

Apart from this, the GST Council, which is likely to meet next month, may consider a proposal to do away with the five per cent slab by moving some goods of mass consumption to three per cent and the remaining to eight per cent categories, according to reports.

The Council may also decide to prune the list of exempt items by moving some of the non-food items to 3 per cent slab.

The government plans to reduce the number of GST slabs from the current four to three. The report said a new median slab of 15 per cent may be introduced in place of 12 per cent and 18 per cent slabs. The 5 per cent rate may be replaced by a new rate which will be 6 per cent or 7 per cent, but the rate tweaking will be done in a manner that not more than four slabs are created at any point of time, according to reports.

Currently, the GST system has four slabs — 5 per cent, 12 per cent, 18 per cent, and 28 per cent. There are 480 items under the 18 per cent slab, from which about 70 per cent of the GST collections come. Apart from this, there is an exempt list of items like unbranded and unpacked food items that do not attract the levy.

The Council was also reported to have sought the views of states for increasing rates on 143 items. The products on which GST rates might be increased include handbags, perfumes/deodorants, chocolates, chewing gums, apparel & clothing accessories of leather, and walnuts, among others.

The highest decision-making body on indirect taxes in India is also likely to consider levying a 28 per cent goods and services tax on cryptocurrencies. The government’s view is to keep cryptocurrencies at par with lotteries, casinos, racecourses, and betting, they said.