27.04.2022- Board Circulars/Clarifications Are Binding On Revenue – CESTAT Ahmedabad 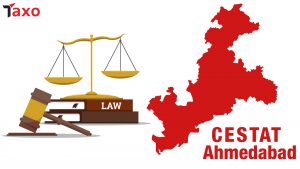 The Hon’ble CESTAT Ahmedabad vide its order dated 12th April 2022 in the matter of Jagdish Pala Vs. Commissioner of Central Excise & ST, Rajkot in Service Tax Appeal No. – 12268 OF 2019- (DB) held that the circulars/clarifications issued by Board are binding on the department/revenue and thereby set aside the order confirming demand on Construction Services.

On the other hand, the findings of the impugned order were reiterated on the behalf of the respondents.

The Hon’ble CESTAT with the above findings set aside the impugned order and allowed the appeal with consequential relief.