27.02.2022 – Goods Shall Not Be Detained Or Confiscated On The Ground Of Contravention Of Provisions Of Law By Other Persons In The Supply Chain. 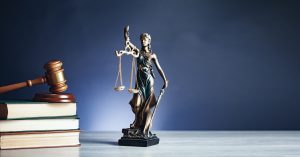 The Hon’ble High Court of Punjab and Haryana vide its order dated 04.02.2022 in the matter of M/s Shiv Enterprisess Vs.  State of Punjab and others in Writ Petition No. – CWP – 18392- 2021 held that the detention or confiscation of goods on the ground of contravention of provisions of law by other persons in the supply chain is bad in law, hence not sustainable.

The Petitioner preferred the Writ petition challenging the detention of its goods under Section 129 of the CGST Act, 2017 and prayed for releasing the same.

On the other hand it was submitted on the behalf of the respondents that the action of State authorities is consonance with law as during investigation, incriminating material was found against the Petitioner suggesting evasion of tax at its end and the show cause notice was rightly issued and the petitioner needs to respond to the Show Cause Notice.

The Hon’ble High Court with the above findings set aside and quashed the order dated 30.08.2021 and show cause notice dated 14.09.2021 with the directions to release the goods and conveyance.