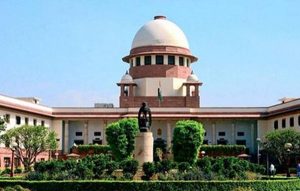 The architecture and authority of the Goods and Services Tax Council remain unaltered despite the recent ruling of the Supreme Court, three officials associated with the indirect tax regime said. The Council may take note of the court’s observations in its next meeting, they said.

The top court on Thursday ruled that the recommendations of the GST Council were not binding on either the Union government or the states. As the apex court stated the obvious, no amendments in the GST laws are expected, the officials maintained, seeking anonymity.

“The Supreme Court in the context of the issue (tax issue related to ocean freight) has observed that the recommendation of the GST Council has persuasive value for primary legislation, and its recommendations are binding in so far as subordinate legislation is concerned, such as issue of notification, framing of rules, prescribing rates and taxes, etc,” one of them said.

Article 279A of the Constitution states that the GST Council shall make “recommendations” to the central government and the states on several matters, a second official said. The same article also says that the Council shall be guided by the need for “a harmonised structure” of GST and for the development of “a harmonised national market” for goods and services, he added.

This requires a collaborative approach. And, in the past five years, all decisions of the Council were unanimous, barring one (tax rate on lottery),” the second official said. “That was also accepted by the dissenting states. Hence, in the spirit of cooperative federalism, the Council’s recommendations have been accepted by the Centre and states.”

Article 279A empowers the Council to recommend on matters related to GST laws, principles of levy, apportionment of GST levies on interstate supplies, principles relating to place of supply, GST rates and special provisions with respect to specific states, the first official said.

“The Supreme Court has only elaborated this mechanism while making its observations. This judgment does not in any way lay down anything new in so far as the GST institutional mechanism is concerned, does not have any bearing on the way GST has been functioning in India, nor lays down anything fundamentally different to the existing framework of GST,” he added.