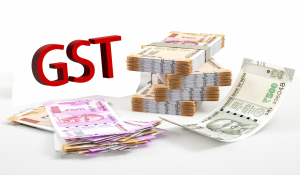 JSW Steel has moved the Appellate authority within GST department of Odisha against the demand notice of ₹2,678 crore towards tax, penalty and interest on JSW mining company in the State.

The company had started mining operation at Nuagoan, Jajang, Koira and Ganua mines, for which lease was granted by the State government, by paying applicable bid premium, royalty and other statutory fees in addition to ₹1,510 crore towards GST on Reverse Charge Mechanism basis.

The remaining unutilised ITC of ₹1,239 crore was transferred to parent company in Mumbai for support service and subsequently distributed it to other units of JSW Steel located in different states for their utilisation.

In March, the GST wing of Odisha had raised objection claiming revenue loss and issued demand notice of ₹2,678 crore including interest and penalty on JSW Steel, Barbil and pay the same within one month of issue of the order.

JSW Steel had moved the Odisha High Court and subsequently Supreme Court seeking interim relief, but was directed to move the GST department without offering any relief.

Seshagiri Rao, Joint Managing Director, JSW Steel, told businessline that the case was due to the anomaly in GST rate whereby the tax on input was higher that of the output goods and this was corrected subsequently about six months back.

In the case of JSW Steel, he said the iron ore mining subsidiary company paid 18 per cent GST on premium on mining and when iron ore was sold to the parent companies the GST rate was five per cent.

This led to accumulation of GST credit (of about ₹1,510 crore) at the mining company level. As per GST regulation, when the output tax is lower than the input tax companies can claim refund when goods are involved but not in the case of service.

Since iron ore mining was a service to the parent company, the mining subsidiary could neither claim refund nor utilise it due to inverted duty structure. Moreover, GST regulations does not allow set-off of accumulated GST credit in one state to another state.

However, he said there is provision in GST to claim credit at the head-office level in case of accumulation of credit. JSW Steel utilised this and distributed it to manufacturing plants in Vijayanagar and Dolvi since the Odisha mining company was selling iron ore to these plants, he said. However, the GST department believes that the accumulated GST credit cannot be distributed to other states, he added.