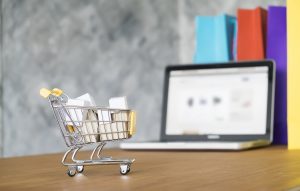 The GST council meeting scheduled for June 28 and 29 in Chandigarh is likely to discuss a slew of legal changes.

Sources privy to the developments told CNBC-TV18 that compliance issues for e-commerce suppliers are likely to be eased. The council could also empower the Centre and states to issue show-cause notices to plug leakages.

According to sources, the government is going to present a detailed report on National Anti-Profiteering Authority (NAA) and the cases that are pending so far.

The government is also likely to inform the council that NAA has hired a solicitor general and a panel of lawyers to defend its case at various State High Courts and also go in for appeals in Supreme Court where State High Courts have ruled against the NAA.

CNBC-TV18 had earlier reported that the government is likely to merge NAA with the Competition Commission of India (CCI) by year end. “All pending cases of anti-profiteering authority post the merger are likely to be taken up by the competition watchdog,” the sources said.

“As of May, there were close to 400 cases pending with the NAA, and the authority has been told to wrap up as many cases as possible on an urgent basis,” said the sources.