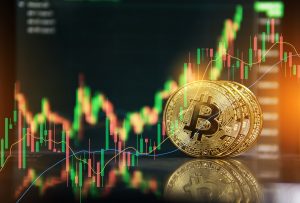 The government is working on classification of cryptocurrency as goods or services under the GST law, so that tax can be levied on the entire value of transactions.

Currently, 18 per cent Goods and Services Tax (GST) is levied only on service provided by crypto exchanges and is categorised as financial services.

GST officers are of the view that cryptos, by nature, are similar to lottery, casinos, betting, gambling, horse racing, which have 28 per cent of GST on the entire value. Besides, GST at 3 per cent is levied on the entire transaction value in case of gold.

“There is a clarity needed in regard to levy of GST on cryptocurrencies and whether it has to be levied on the entire value, We are seeing whether cryptocurrencies can be classified as goods or services and also removing any doubt on whether it can be called an actionable claim,” an official said.

Another official said that if the GST is levied on the entire transaction of cryptocurrencies then the rate could be in the range of 0.1 to 1 per cent.

“Discussions are in a nascent stage on the rate of tax, whether it would be 0.1 per cent or 1 per cent. First a decision on classification will have to be finalised and then rate will be discussed,” the official told PTI.

The Goods and Services Tax (GST) law does not clearly state about classification of cryptocurrency and in the absence of a law on regulating such virtual digital currencies, the classification has to take into account whether the legal framework classifies it as actionable claim.

An actionable claim is a claim which can be made by a creditor, for any type of debt other than a debt secured by mortgage of immovable property.

The 2022-23 Budget has brought in clarity with regard to levy of income tax on crypto assets. From April 1, a 30 per cent I-T plus cess and surcharges, will be levied on such transactions in the same manner as it treats winnings from horse races or other speculative transactions.

The Budget 2022-23 also proposed a 1 per cent TDS on payments towards virtual currencies beyond Rs 10,000 in a year and taxation of such gifts in the hands of the recipient. The threshold limit for TDS would be Rs 50,000 a year for specified persons, which include individuals/HUFs who are required to get their accounts audited under the I-T Act.

The provisions related to 1 per cent TDS will come into effect from July 1, 2022, while the gains will be taxed effective April 1.

Separately, the government is working on legislation to regulate cryptocurrencies, but no draft has yet been released publicly.