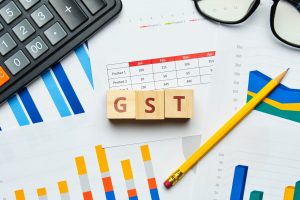 The meeting was inaugurated by CITU Kolhan Regional President, KK Tripathy who remarked, “In the coming days, workers from all rank and files will have to take up cudgels in unity and launch agitations against the central government’s anti labour policies.”

In his address, BSSR Union’s Jamshedpur unit president, PR Gupta said that the escalating prices of medicines should be harnessed forthwith. “The central government is hell-bent on privatization. Are they still blind to the fact that common people had to endure during the COVID phases due to transferring medical services to private hands? It is our demand that the Centre makes the health infrastructure stronger and provides at least five percent of GDP to the health sector. We demand withdrawal of GST from medicine sales and revive public sector undertakings producing medicines and vaccines.

BSSR Union’s state vice president, D Pratap dwelt on the inhumane service conditions of medicine and sales representatives during the pandemic phases when they were penalized through pay cuts or termination from service for failing to attain targets set arbitrarily. “The central government’s anti labour polices are reflected in its haste to instate the four labour codes designed to push the working class further down the pits of slavery. The special SPE Act for protection of sales personnel is in line for being swept away and that will snatch away their job securities. We must fight tooth and nail against thr government’s attempts to press for the four ‘killer’ codes,” he said.

The Union’s State Secretary, Subroto Biswas demanded that the government should announce minimum salary for medical and sales representatives @ Rs 26,000.

Earlier, BSSR Jamshedpur unit secretary presented his report followed by the treasurer’s presentation of income and expenditure statement for the two interim years.

The meeting was attended by 168 members who unanimously elected the union’s office bearers for the forthcoming two years.