20.06.2022: Order Of Provisional Attachment Under Section 83 On The Basis Of Opinion Formed Without Tangible Material Is Invalid – Madras High Court 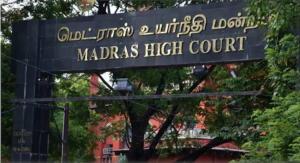 The Hon’ble High Court of Madras vide its order dated 16th February 2022 in the matter of M/s Sree Meenashi Industries Vs. The Additional Chief Secretary/Commissioner of Commercial Tax, Chennai & others in W.P.Nos.3079 & 3083 of 2022 And W.M.P.Nos.3238, 3240, 3246 of 2022, held that the order for provisional attachment of the bank accounts of the petitioners in absence of tangible material for forming such opinion to provisionally attach the current account of the petitioners, exercising the powers under Section 83, shall not stand legal scrutiny and is liable to set aside.

The Petitioners filed the present writ petitions challenging the order dated 20.12.2021 of the respondents for provisionally attaching their current accounts with their respective banks and directing the banks not to allow any debit on behalf of the petitioners from said accounts.