15.06.2022: Sixteen states/Union territories did not need GST compensation in May. 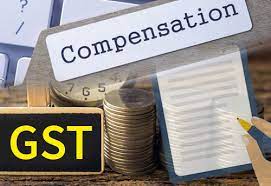 As many as 16 states and Union territories, mostly smaller states except for Bihar and Odisha, did not receive any compensation when the Centre released Rs 86,912 crore in mandated relief to states for April-May 2022, along with arrears, on May 31.

Sources said these states were not given any aid because no amount was due to them as per the compensation formula. The Centre had front-loaded release of Rs 1.59 trillion under the special back-to-back loan mechanism by October for FY22, to compensate for the shortfall in the designated cesspool for the full year.

Given that the monthly GST collections had accelerated from October by remaining above Rs 1.3 trillion/month, the states in aggregate collected Rs 70,000 crore more than estimated for FY22, thereby reducing the compensation requirement by an equivalent amount in FY22. However, the extra amount raised as loan was used to clear arrears of past years.

The Centre had also received Rs 60,000 crore more than the Budget estimate of Rs 5.3 trillion in Central GST in FY22. Usually, the Centre and states receive GST in a 48:52 ratio.

While most of the big states received compensation, 16 states and UTs including Bihar, Odisha, J&K, Sikkim, Arunachal Pradesh, Nagaland, Manipur, Mizoram, Tripura and Meghalaya did not receive any funds.

Odisha has been witnessing one of the highest growths in GST collections. The state reported a 54% growth in SGST collections on year in FY22. In April, the state reported 52% growth on year in SGST receipts. Thus, the sharp increase in GST collections reduced the compensation requirement for Odisha in FY22 substantially. It may have reached close to 14% growth annually in April-May 2022, a threshold below which states are compensated to achieve the above growth rate.

Under the GST compensation mechanism, which is constitutionally guaranteed, state governments are assured 14% annual revenue growth for the first five years after the tax’s July 1, 2017 launch.

However, Bihar has not seen that kind of growth in April 2022 as its GST (SGST and CGST) collections declined by 2% on year. However, the state did not get any compensation as the advance releases in FY22 got adjusted for the shortfall reported till May 2022.

The Centre has so far released a total of Rs 8.22 trillion to the states as GST compensation till May 31 2022, including Rs 1.6 trillion in FY22, even as the collections of cesses for this purpose fell way short of the target. The Centre arranged back-to-back loans totaling Rs 2.6 trillion to bridge the shortfall in the cess pool in FY21 and FY22.

Given the robust trends for April-May 2022, and the anticipation of sustained healthy momentum of activity, analysts expect CGST inflows in FY23 to overshoot the budget estimate by Rs 1.15 trillion. That would also mean about Rs 1.3 trillion in extra SGST receipts in aggregate to states, which will cease to receive GST compensation from July 2022. The Centre is expecting monthly gross GST (CGST and SGST) collections to average Rs 1.4-1.5 trillion in FY23 compared with Rs 1.2 trillion factored in the Budget.