15.03.2022 – GST Commissioner Directed To Provide A Certified Copy Of Reasons Formed By It For Provisionally Attaching The Bank Accounts Of The Petitioner – Bombay High Court 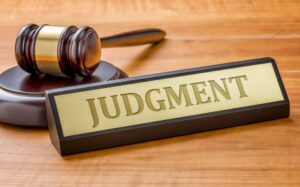 The Hon’ble Bombay High Court vide its order dated 28.02.2022 in the matter of Originative Trading Private Limited Vs. Union of India & Others in Writ Petition No. 3786 of 2021 directed the Commissioner to provide a certified copy of reasons/opinion formed by it for provisionally attaching the bank accounts of the petitioner under Section 83 of the CGST Act read with rule 159 of the CGST rules.

The Petitioner preferred the present writ petition before the Hon’ble High Court praying for declaring the circular dated 23 February 2021 is ultra vires the provision of CGST Act, 2017 or to read down the aforesaid circular to make the recording of reasons of attachment mandatory in Form DRC- 22 issued in terms of Rule 159 of the CGST rules.  The petitioner also prayed for quashing and setting aside the impugned freezing orders dated 7th December 2021 issued by the respondents for attaching its bank accounts.

The Hon’ble High Court with the above findings directed the respondents to furnish a certified copy of the opinion/reason formed by the Commissioner under Section 83 read with rule 159 within one week and the petitioner would be allowed to raise objections within one week of the receipt of Commissioner’s opinion. The respondents shall grant a proper opportunity of being heard to the petitioner before passing an order.