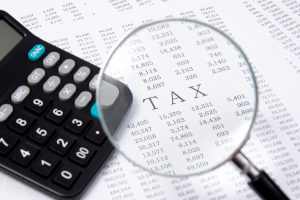 Assessees have got some relief as only jurisdictional tax officers would now be able to adjudicate notices issued under the goods and services tax (GST) system.

The power to adjudicate these notices have been taken away from auditing and investigating officers under the GST system, according to a circular issued by the Central Board of Indirect Taxes and Customs (CBIC).

Now, the central tax officers of audit commissionerates and Directorate General of Goods and Services Tax Intelligence (DGGI) can issue only notices, raising additional demand. Once a notice is issued by an auditing officer or an investigating officer or a jurisdictional officer, the assessee could approach the respective officer to correct it in the earlier scheme of things.

Experts allege that auditing and investigating officers were not adjudicating the notices judiciously and were retaining the demands made in them.

This would bring respite to millions of taxpayers being scrutinised by officers of intelligence and audit wing, whereby adjudication is awaited for long, he added.

Jurisdictional officers have also been empowered to adjudicate notices on an all-India basis in case multiple notices are issued on the same issue or if the principal place of business of assessees falls under the jurisdiction of multiple officers.