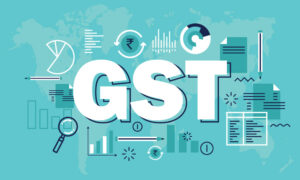 The GST council will take a decision on the demand by Goa and other smaller states on continuing with compensation cess, Central Board of Indirect Taxes and Customs (CBIC) chairman Vivek Johri said.

The Union government is relying increasingly on data analytics to stay ahead of tax evaders.

Responding to a question on demand by small states to continue with compensation cess beyond five years, Johri said that during the last two years revenue collections have been impacted adversely by Covid due to which all states, particularly the smaller ones, have suffered.

“Goa may perhaps have suffered more because it was highly dependent on tourism and travel industry. But being a consuming state where there is a high footfall of tourists and there is a lot of inflow of goods and services from other states in the country, I think in the long-term even states like Goa which account for relatively high consumption, will gain from the GST system and the revenues will be better. The reason I say this is because the GST is a destination-based tax, so the revenue accrues to states where consumption of goods and services happens. That is a factor which I think is positive for states like Goa. Of course there is a demand for continuing with the compensation cess but that is an issue on which the GST council will take a decision,” he said.

“We have found that evaders come into the system with the objective of issuing fake invoices and passing on fake credit,” the CBIC chief said.

“They operate for a short while, then they are out of the system and are dormant. They reappear either with the same name or with a different name. So, the time period which they have to operate in the system was initially quite long.”

Johri said that the GST council has now decided two things. “One is that the filing of all returns should be sequential, including the GSTR-1 return, through which the credit is passed on. Earlier it was not sequential. So even if you have not filed past returns, you could file the returns this month and pass on the credit, whether you pay the tax to the government or not is not relevant.”

“We have said that all GSTR-1 returns have to be filed sequentially, so if you have not filed the past month’s return, you cannot file this month’s returns.”

The CBIC chief said that a more important change is that if you have not filed GSTR-3B (through which you pay the tax in the preceding month), from the next month, you cannot file GSTR-1 itself, which means you cannot pass on any credits. Hence, the time period available to such evaders is compressed to the minimum. The second thing we have done is that we are using data analytics in a very big way to identify such wrongdoers. We apply risk management techniques to identify them.”

Johri said that they have also tightened the provisions for registration of new entrants, and they have linked it to Aadhaar. “Aadhaar authentication is a must,” he said. “We look at the income tax footprint to see whether they are genuine taxpayers or not. On that basis, we decide whether to register the new taxpayer or what kind of checks to apply before we register. We do a much better KYC for new entrants. These are the measures we have taken to ensure that dealers who enter the system only from the point of view of gaining do not find it easy,” Johri said.

Source: The Times of India
https://timesofindia.indiatimes.com/city/goa/gst-council-will-decide-on-compensation-cess-cbic-chief/articleshow/92166647.cms