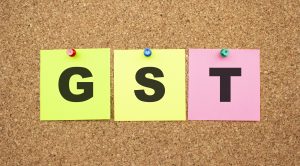 In an industry first, most are moving to a pack size of 160ml from the standard 200ml bottle that bears a price tag of Rs 10. In addition, they have lightened the PET pre-form from 11.5 gm to 10gm that is expected to result in another round of cost savings of 15%.

“We were in dire straits when the GST hike was announced because of the heavy investments we had made in machinery to make carbonated fruit-based beverages,” said the proprietor of a Haryana-based beverage maker. “While the big players could sustain the extra cost, the smaller ones were on the verge of shutting shop.”

As per previous regulations, in case a drink contained fruit content greater than 10% (2.5%/5% in the case of lime/lemon) it was taxed at 12%. Carbonated drinks without fruit content such as Pepsi or Coke, however, are subject to 40%.

Last year, after a series of raids by the authorities unearthed that several local players were not adding fruit pulp but yet availing the benefit of lower taxes on the drinks, the taxes were increased to 40%, which includes GST of 28% with an additional 12% of compensation cess.

“Small players have no option other than moving to a smaller pack size. There, too, the margin is hardly 1-2% because the price of preform has skyrocketed due to the the Ukraine war,” said Akhil Gupta, proprietor of Fresca Juices. “We have moved to larger pack sizes such as one liter bottles that give us a margin of 7-8%.”

The trend to make carbonated fruit-based drinks started in 2014 when PM Narendra Modi urged companies to add 5% natural fruit juice to their drinks to help farmers. This not only led to foreign beverage makers, including Coke, to launch fruit-based carbonated drinks under established brand names but local manufacturers, too, had followed suit.