04.05.2022- Nominal charge recovered from employees for canteen-food is not subject to GST : Gujarat AAR 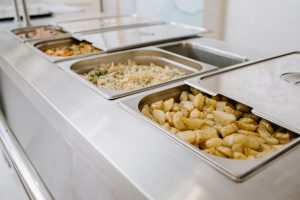 Nominal charge recovered from employees for canteen-food is not subject to GST : Gujarat AAR

MUMBAI: Recently, the GST-Authority for Advance Rulings (AAR) – Gujarat, in the case of Cadila Healthcare has held that canteen facilities provided by it to its employees are not a ‘supply’ as defined in the Goods and Services Tax (GST) provisions. Thus, no GST was leviable on that portion of the amount recovered from the employees.

It sought a ruling on: Whether the subsidized deduction made by it from the employees who are availing food in the factory or corporate office would be considered as a supply? To this, the AAR replied in the negative.
Even earlier, the Gujarat-AAR in the case of Tata Motors had taken the same view.