02.04.2022- Public Money Should Not Be Wasted For Paying Interest On Delayed Refunds: CESTAT Chennai 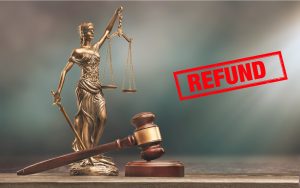 The Hon’ble CESTAT Chennai vide its order dated 14.03.2022 in the matter of M/s Ingram Micro India Limted Vs. The Commissioner of Customs (Exports) in Custom Appeal No. – 40071 of 2015 observing that the refund has been rejected in a cryptic manner held that the refund claims have to be processed in proper manner as the interest on such delayed refund is paid out of public money and remanded the matter back to the adjudicating authority to process the refund on the basis of documents produced by the Appellant.

On the other hand, Learned Authorized representative appearing for revenue supported the findings of the impugned order.

The Hon’ble CESTAT with above findings set aside the impugned order and remanded back the matter to the adjudicating authority to process the refund after considering the documents produced by the appellant, Further the appellant shall be granted an opportunity of personal hearing.