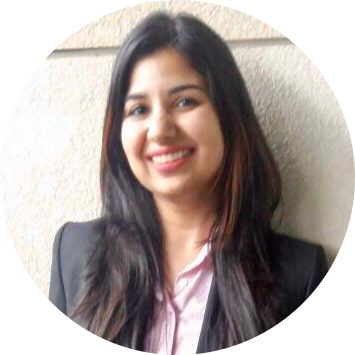 Controversy around blocked credit – An Analysis

Input tax Credit Scheme under Goods and Service Tax Law enables every registered taxable person to take credit of the taxes paid on inputs, input services and capital goods which are received with the specified tax paying documents and are used in the manufacture/sale of taxable final products or rendering of taxable output services. The Goods and Service Tax Act permits the utilization of the credit so earned towards payment of outward tax liability.

However, since the onset of GST and the Government not being able to implement GSTR-2/GSTR-3 or the new return system, the assessee at large have been taking undue advantage of the loopholes under GST Act due to non-implementation of the matching concept wherein details uploaded by the suppliers in GSTR-1 were supposed to be reconciled with the GSTR-2A of the recipient on the basis of which Input tax Credit had to be availed.

In order to put a full stop to the malpractices of the registered taxpayers and to curb the practice of misutilisation of ITC and issue of fake invoices, the Government introduced Rule 36(4) w.e.f. 09th October 2019 providing restriction on availment of ITC based on uploading of invoices by Supplier.

The said notification imposed restriction on the availment of ITC from time to time in a phased manner as follows:

Earlier if GSTR-2A reflected less amount than books of accounts, taxpayer could still claim the ITC as per input tax credit register in GSTR-3B.

What is the significance of 5% of the eligible ITC that can be availed over and above the input tax charged on the invoices uploaded by the supplier?

The additional ITC i.e., the percentage specified (5%) is just a cushion given by the Government assuming that if the businesses were conducted as per the GST Provisions, complying with the requirements as specified under the GST Act that is all the invoices were being uploaded in GSTR 1 by the suppliers and the availment of ITC was done by the recipient on the basis of invoices being reflected in his GSTR-2A, then there would have been only a few cases were such discrepancy would have prevailed. For such discrepancy, where certain invoices were not being uploaded and wherein the recipient have made bonafide purchases, a capping of 5% of the eligible ITC was given.

After understanding the basis for introduction of Rule 36(4), let us now move on to the implementation of the Rule.

In order to begin with its practical implementation, we will firstly have to understand as to what is the meaning of eligible ITC which has to be availed by the recipient and for which the cushion of 5% is given?

In order to calculate the capping of 5% only those invoices which are eligible for ITC and are reflecting in GSTR 2A have to be considered. In order to maintain the uniformity for the calculation of 5%, the basis of invoices as reflected in GSTR-2A which determines eligibility of ITC has been considered.

The clarification states that ‘calculation would be based on only those invoices which are otherwise eligible for ITC’, that is any reversals done post availment of ITC in GSTR-3B i.e., reversal as per Rule 42 & 43 of CGST Rules shall not be reduced from the value of eligible ITC for determining the additional availability of 5% of ITC.

So basically rule 36(4) provides that if any invoice or debit note is not uploaded by supplier in his GSTR-1 i.e., not in GSTR-2A of recipient of supply, then the ITC for the same invoices or debit note can be claimed to the extent of 5 percent of total eligible credit of taxpayer.

Let us understand with an example:

Certain additional points to be considered while mapping ITC register with GSTR-2A as per Rule 36(4):

Non-applicability of Rule 36(4) in certain cases:

It is pertinent to note here that, ITC on the following shall be taken completely as eligible credits as the same does not come under the purview of section 37(1) of CGST Act, 2017: –

It may be noted here that, as per Circular No. 123/42/2019-GST the phrase ‘documents issued under RCM’ has been used. It is pertinent to note that recipient is required to issue self-invoice under section 31(3)(f) only when RCM supplies are received from unregistered supplier. Therefore, in cases where RCM supplies is from registered person, supplies are uploaded by the supplier itself in GSTR 1 as per section 37 and hence, it appears that such supplies are covered under rule 36(4).

Example on practical application of Rule 36(4):

FAQs in relation to applicability of ule 36(4):

Through this amendment one more additional condition has been added for determining the eligibility of ITC. ITC would not be available to the recipient if the detail of such invoice or debit note has been not furnished by the supplier in GSTR-1 and hence not being reflected in recipient’s GSTR-2A/GSTR-2B. Hence, this amendment gives statutory backing to much disputed and deliberated upon Rule 36(4) of the CGST Rules, 2017.