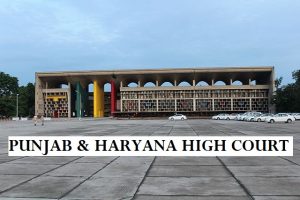 The Hon’ble High Court of Punjab and Haryana vide its order dated 15.07.2022 in the matter of Sunil Kumar and Vakil Chand Alias Vicky Vs. State of Haryana in CRM-M-11274-2021(O&M) and CRM-M-16234-2021 (O&M), granted bail to the petitioner considering that there is no compelling circumstances as would call for continued custodial detention of an accused in a Magisterial Trial, when they have already undergone 1 ½ years of actual sentence and the trial is still at the initial stage and is likely to take long to conclude.  Further the Court needs to strike a fine balance while considering an application of bail since the adopted criminal jurisprudence in the country hinges on presumption of innocence.  The power to grant bail is not to be deployed as a mechanism for imposing sentence even before a guilt is yet to be proved and established.

The Petitioners filed the present petitions under Section 439 of the Code of Criminal Procedure (hereinafter referred to as ‘CrPC’) for grant of regular bail to the petitioners in case bearing FIR No.45 dated 06.03.2019 under Sections 406, 420, 467, 468, 471 and 120-B of the Indian Penal Code, 1860 (hereinafter referred to as ‘IPC’) registered at Police Station Adampur, District Hisar.

Submissions on behalf of State: –

‘……17. We may only state that notwithstanding the special provisions in many of the countries world over governing the consideration for enlargement on bail, courts have always interpreted them on the accepted principle of presumption of innocence and held in favour of the accused.

The Hon’ble Court with the above findings allowed the petitions and admitted the petitioners to regular bail subject to heavy bail bonds/surety to the satisfaction of concerned Trial Court.  It was made clear that the petitioners shall not extend any threat and shall not influence any prosecution witnesses in any manner directly or indirectly.