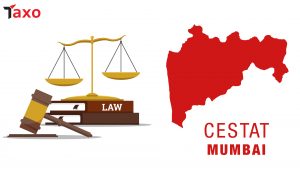 The Hon’ble CESTAT Mumbai vide its order dated 16.06.2022 in the matter of M/s Chowgule Industries Pvt. Ltd. Vs. Commissioner of CGST & Central Excise, Pune – I in Service Tax Appeal No. 88473 of 2018, held that unjust enrichment would not be applicable on the amount deposited as pre-deposit to acquire right of appeal.  Such payment being made under protest in compliance of the statutory requirement, refund for the same, cannot denied on the ground that it is hit by the doctrine of unjust enrichment.

The Appellant in the present appeal has assailed the order of rejection of refund of pre-deposit made in compliance of Section 35F, against the order-in-original confirming demand of tax, interest and penalty on him, to pursue appeal before the CESTAT.