Unjust Enrichment Not Applicable To The Refund Of Penalty – CESTAT Delhi 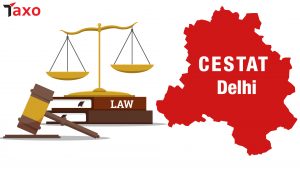 The Hon’ble CESTAT Delhi vide its order dated 11th April 2022 in the matter of M/S Rajasthan Financial Corporation Versus Commissioner Of CGST, Jaipur in Service Tax Appeal No. 50007 of 2022 held that the bar of unjust enrichment is not applicable to the refund of penalty.

The Appellant preferred the appeal before the Hon’ble CESTAT, Delhi assailing the impugned order whereby the refund of the penalty deposited by the Appellant was rejected by the Ld. Commissioner (Appeals) on the ground of unjust enrichment.