Refund Filed Before The Wrong Forum Is Not Time-Barred, Duty Paid Under Protest Covers Duty Paid By Mistake- CESTAT Chennai 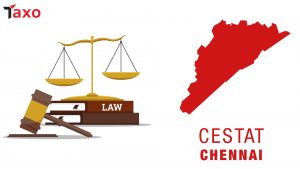 The Hon’ble CESTAT Chennai vide its order dated 09.05.2022 in the matter of M/s Hivelm Industries Vs. The Commissioner of G.S.T. and Central Excise in Excise Appeal No. 40606 of 2016, held that the refund filed by the Appellant before the wrong forum shows the bonafide on the part of Appellant.  Thus, the refund claim filed, is within limitation.

The Appellant preferred the Appeal assailing the order-in-Appeal dated 28.01.2016 passed by the Ld. Commissioner of Central Excise (Appeals – II) whereby the refund filed by the Appellant was rejected on the ground of limitation and the adjudication order was upheld.